Blade 2, directed by Guillermo Del Toro, picks up right where Blade left off. In this new adventure, Blade, the half human – half vampire hybrid is forced to team up with the vampire council in order to combat a new enemy which threatens the existence of both the vampire and the human species, the reapers.

This movie makes certain breakthroughs that the first film failed to make but falls back on other aspects. For one, the “villains” of this movie (reapers) were far more threatening and better designed than the vampires in the first Blade movie. This is what I expected, given that Del Toro was directing; the mastermind behind Pacific Rim and the Hellboy series. The design of the reapers though reminded me of another famous sci-fi movie monster: 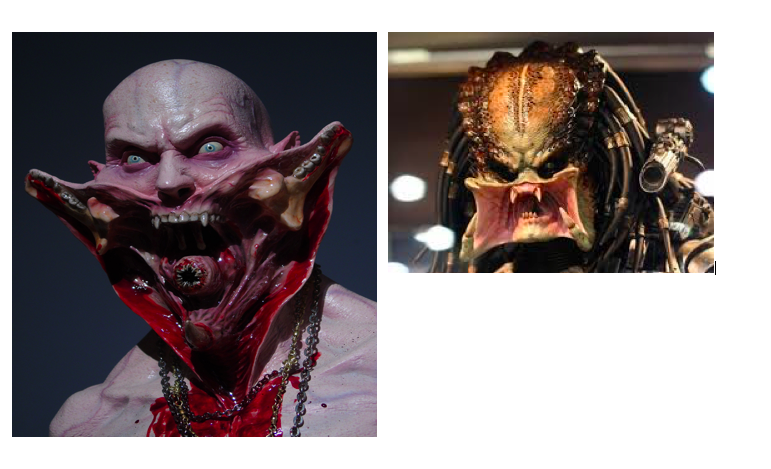 Blade 2 is also a good continuation of this series. It is well aware of the events of the first film and immediately makes us aware of this in the beginning so that it can spend the majority of its time expanding this universe. The film, however falls back on multiple aspects. For one, some of the action sequences were very obviously computer generated. I could notice this as all the characters on screen moved in a very “rubbery” fashion, similiar to what I can expect in an early 2000’s PlayStation 2 action game. In addition, even though this film was rated R, it didn’t exploit this rating as well as the first. There was noticeably less blood and gore, the two elements that made the first film as great as it was. Lastly, the conclusion of Blade II plays out in a similiar way to the first. There was a lack of creative effort in making the ending of this film memorable or even distinguishable from the ending of the first Blade movie.

If I were to put the two Blade movies side by side, I would probably classify Blade II as the superior one. Its story and main villain were far more captivating than the first despite it lacking in gore and quality of its action sequences.